When P was invited to a "Disco Diva" themed party at a kid's function centre, he came to me with his "working idea for an outfit".

I love that he thought he needed an outfit, I love that he trusted I could make whatever he thought up, and his idea itself?... Mum, said he, I need (not want, but need) an all-over white suit with gold lacy stuff as another layer over the top. See through like, so the white shows....

As much as I would LOVE to make another jumpsuit I talked him down to a pair of pants.... 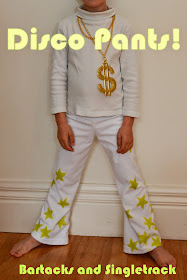 I went for my favourite Oliver + S pattern, the Nature Walk pants. He's been wearing two pairs as school shorts, so I knew they were a great fit, and it was a simple matter of redrafting them to be a bit longer and quite flared.

Then we got the paint out. (and if that doesn't sound exciting then you don't know me and my kids!) 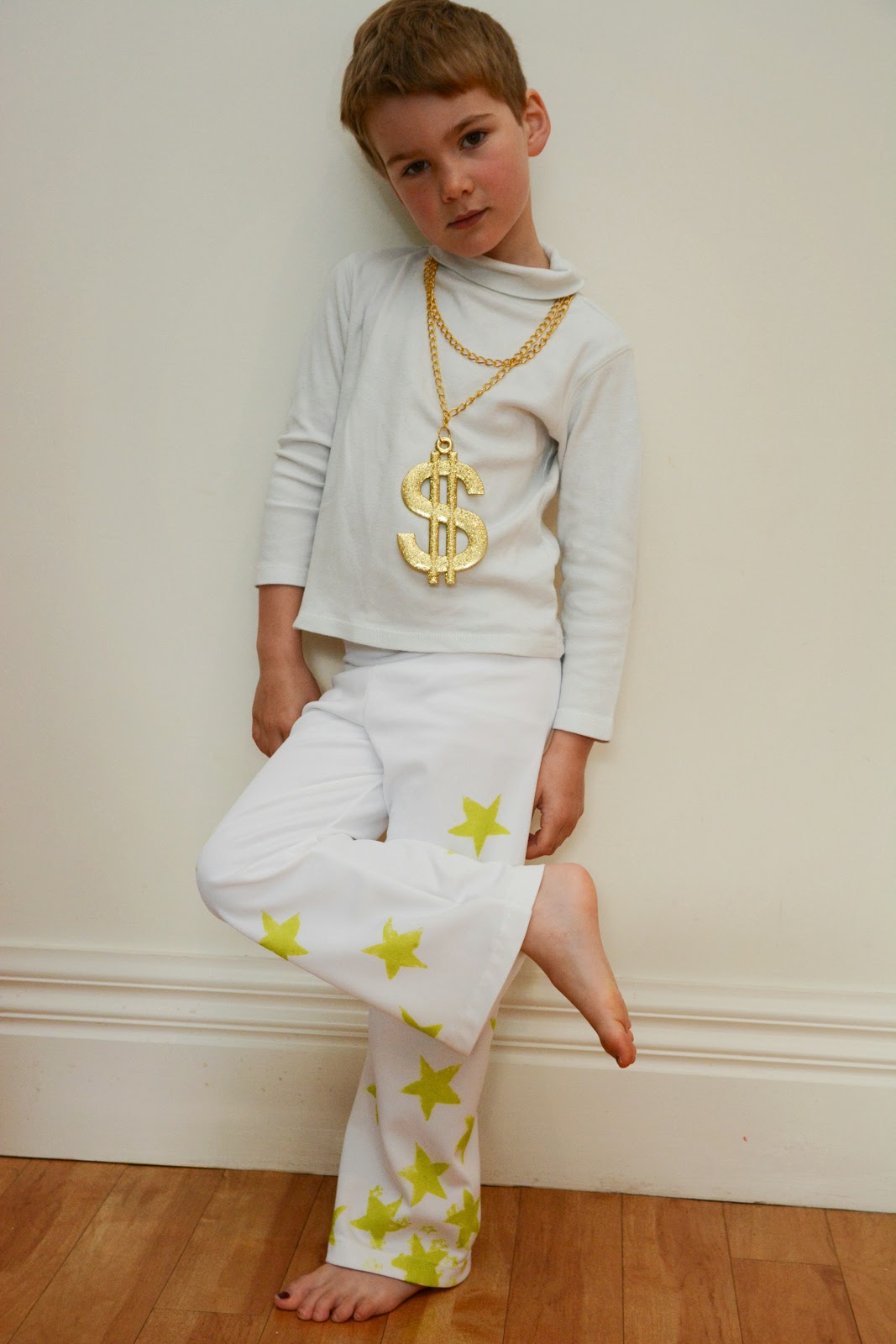 While P was at school his little sister and I practised some stamps on fabric using a small rubber stamp we'd purchased. 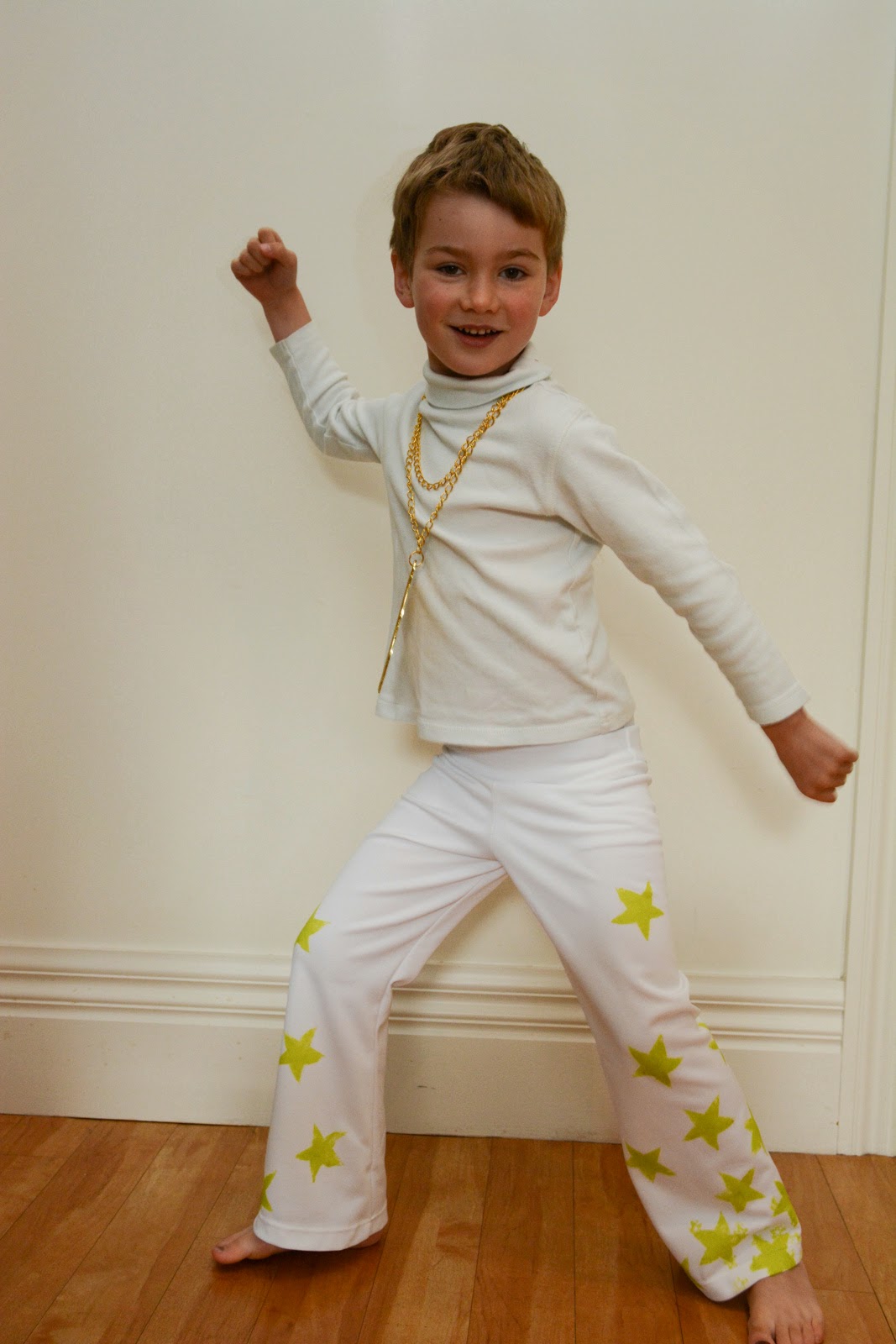 That seemed to work just fine, but then when P went to stamp his pants the little stamps just weren't cutting it. I cut a sponge into a bigger star and we stamped over the top of the little ones (they're still very visible on one leg, but this is dress-ups and I had to just let that go and not fuss)

With an old skivvie and a bit of "bling" from the party shop down the street, we were ready.

More photos of P getting ready to get down!
(and you might not believe it but he can be so painfully shy sometimes that at the party he held onto my hand for about half an hour before eventually getting into it and getting his groove on) 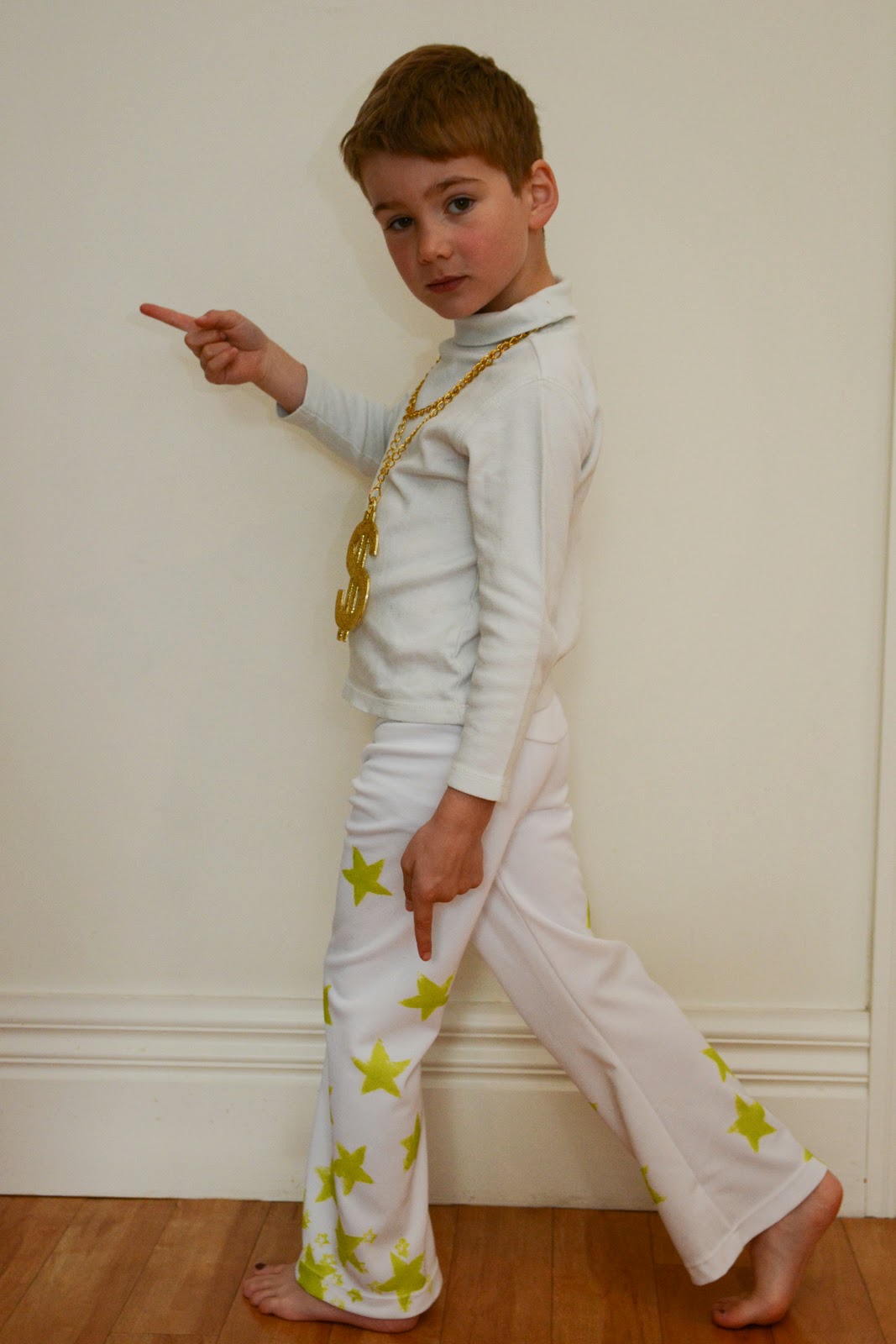 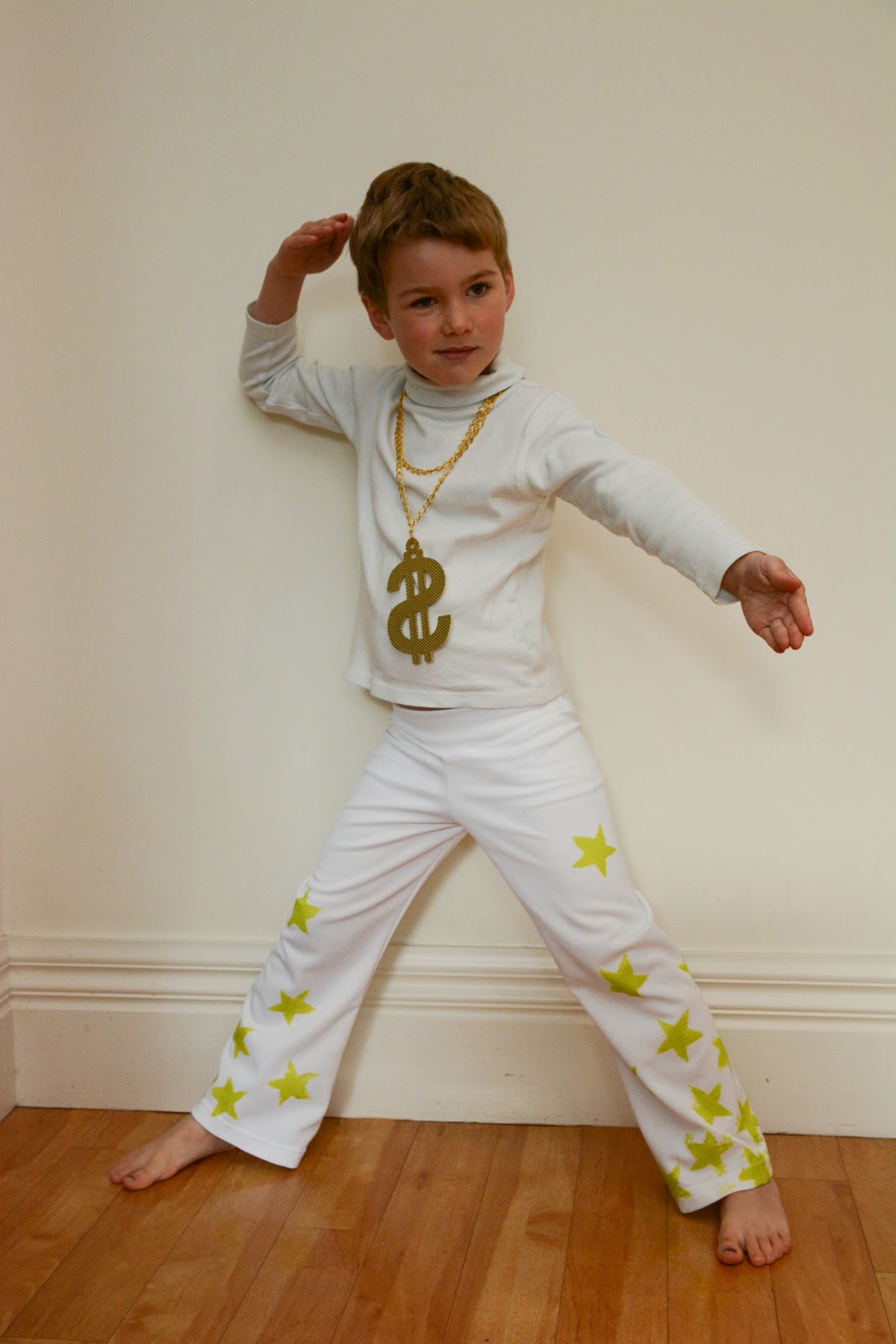 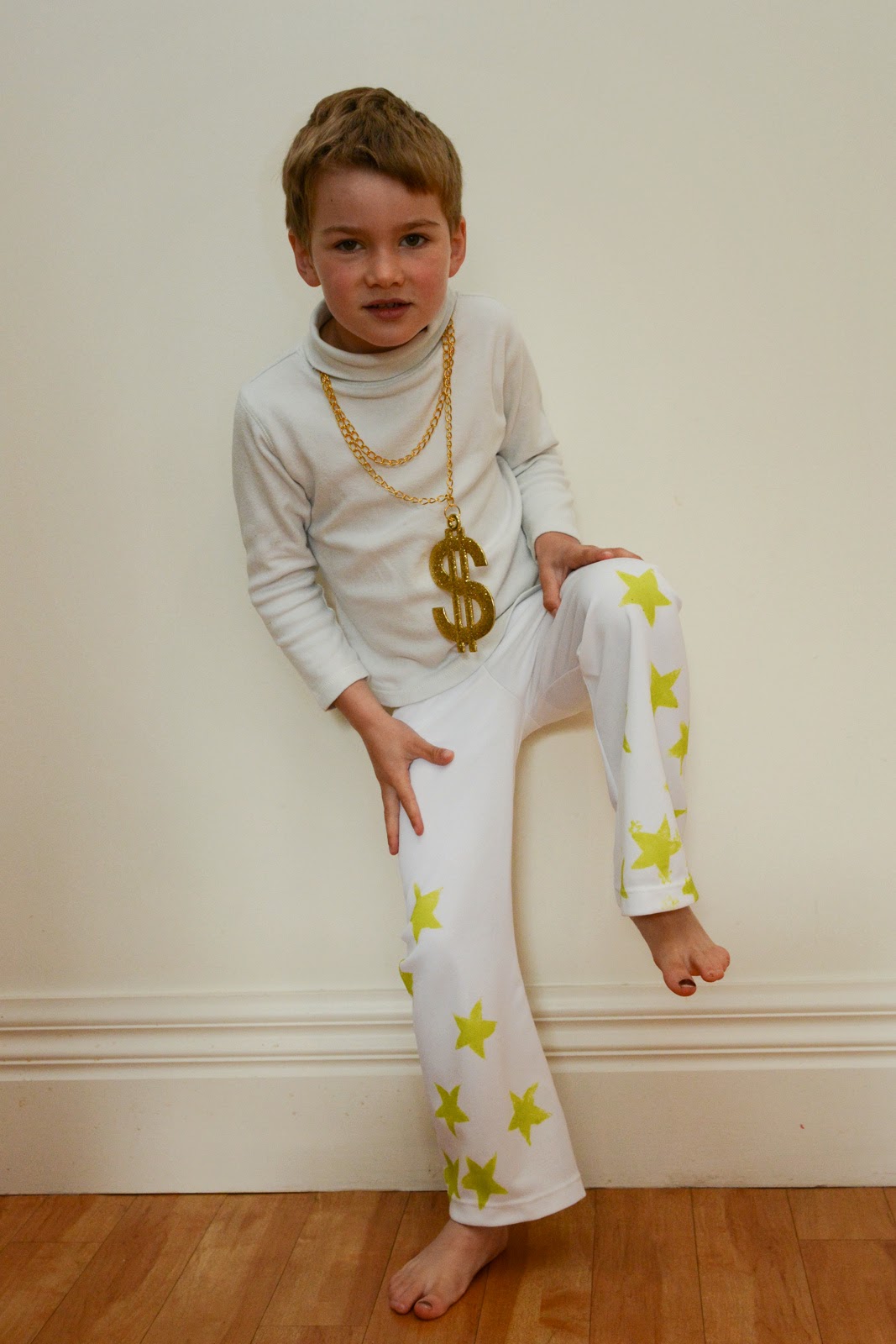 There was no way that A was going to be left out when it came to fabric painting. She was merrily spreading fabric paint all over the kitchen bench when she and I both realised the paint dauber thing we were using to put paint onto the star stencil made a perfect circle stamp in it's own right. 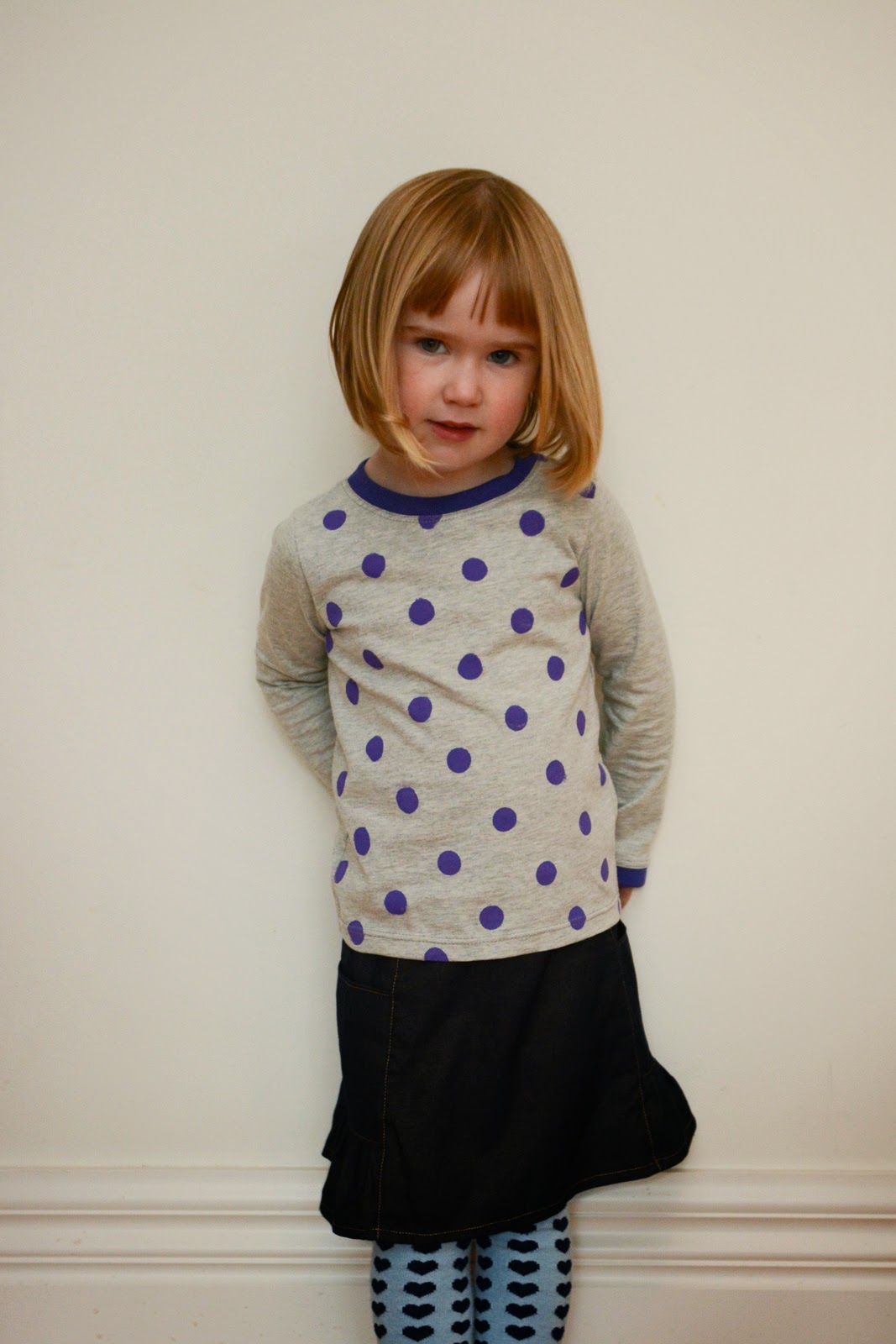 When a 3 year old expresses an interest in some handmade clothing you don't wait, you make it fast! (although that's still no guarantee they'll wear it, right?). I suggested grey (duh) fabric she suggested purple (double duh) paint. Everybody was happy.

I used a ruler to mark out spots 5cm apart and she dabbed at each spot. (with a little help from me cause I couldn't help myself). There was a bit of purple ribbing in the stash for the collars and cuffs, and that pattern almost sews itself up after making so many. 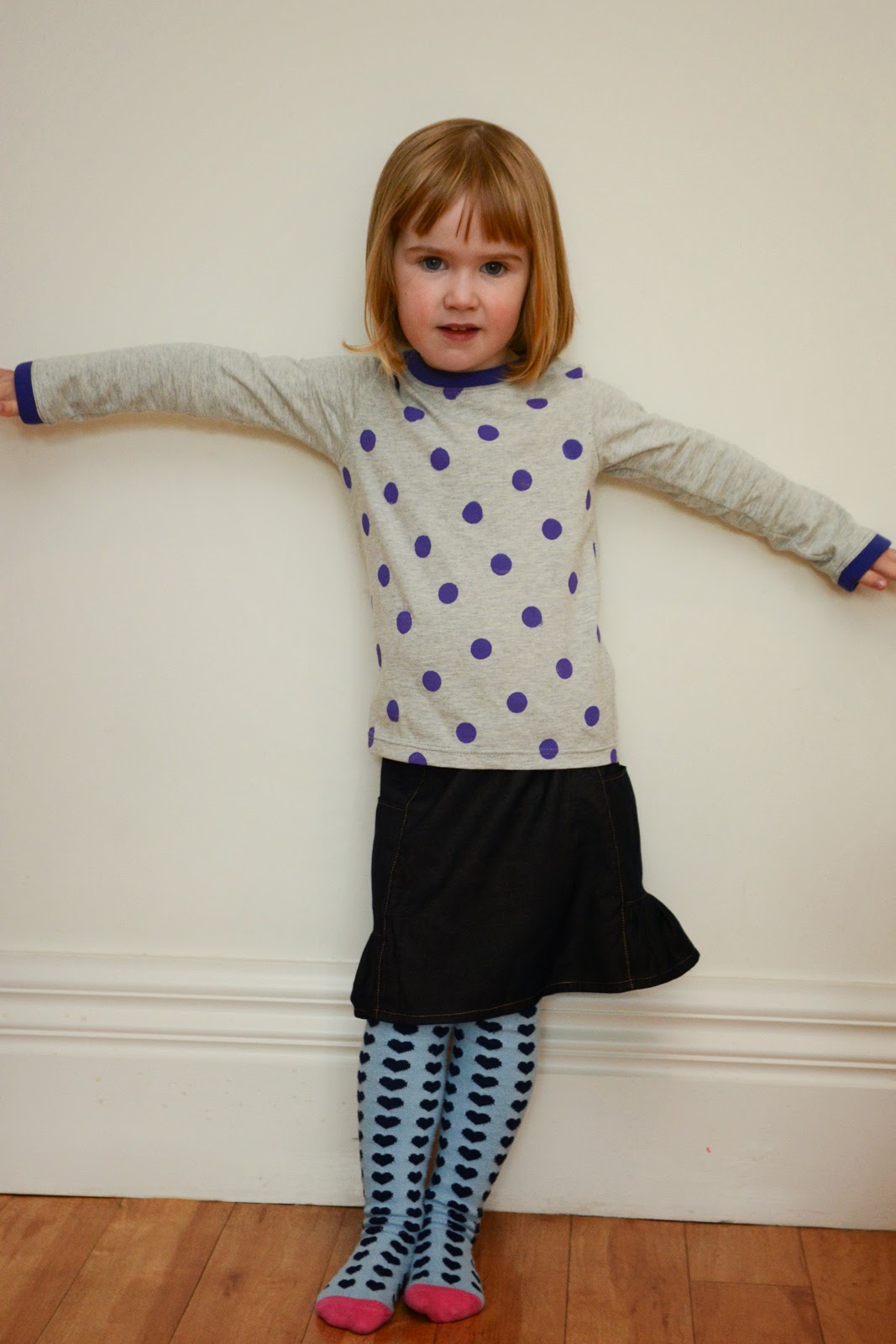 I made a size 3 with about 1.5cm added length. The sleeves were cut to the full length but then I made cuffs the same width as the neckband so that adds a little sleeve length. She was delighted to find it in her room this morning and chose the Music Class skirt and love hearts tights to create her ensemble for the day!

Photo shoots seem to be ending with a love-in these days. I'm not complaining. There aren't enough of these moments in our days so if it happens in front of the camera so be it. I'm not pretending it's hugs and smiles every day, but it's so nice when it happens. 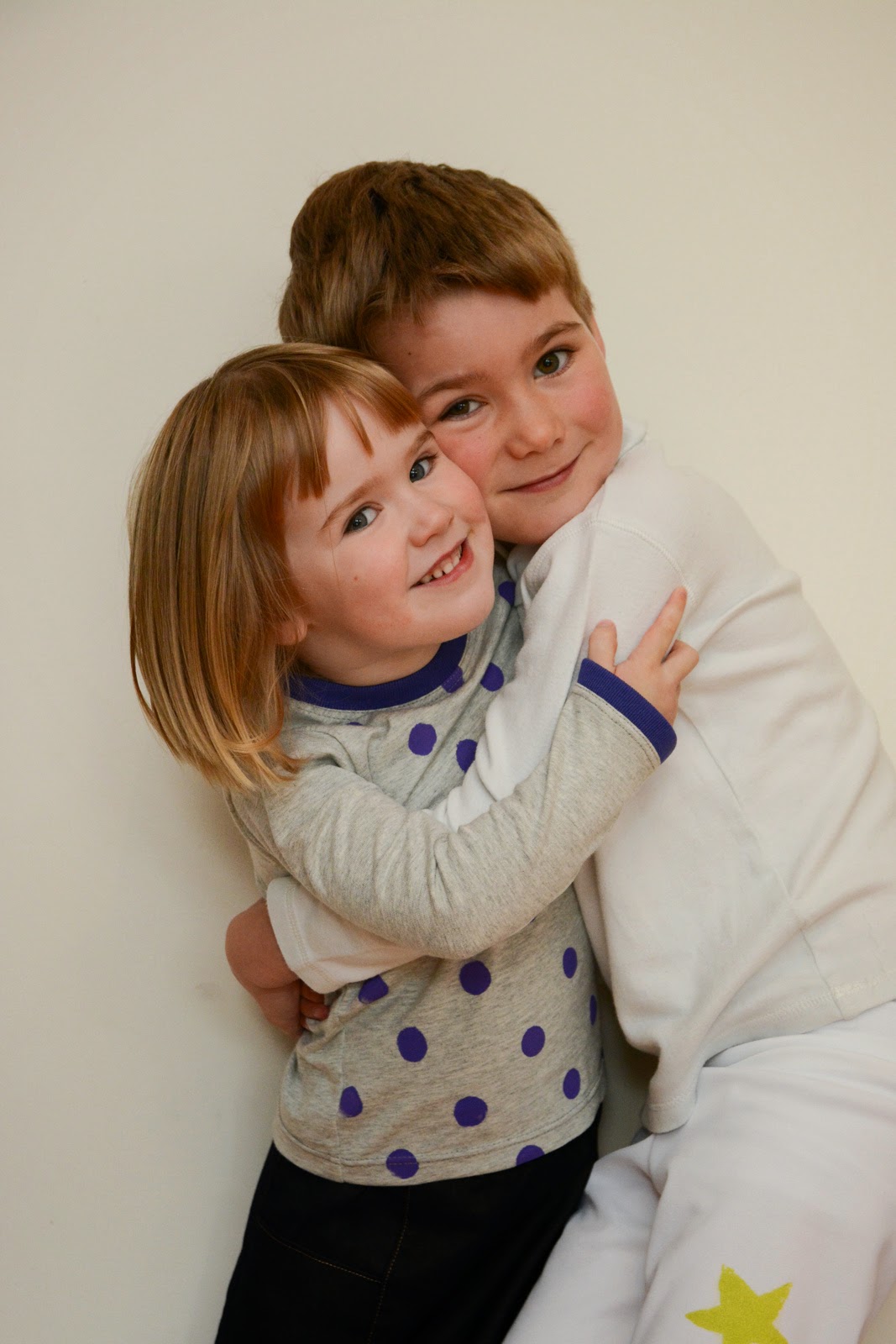 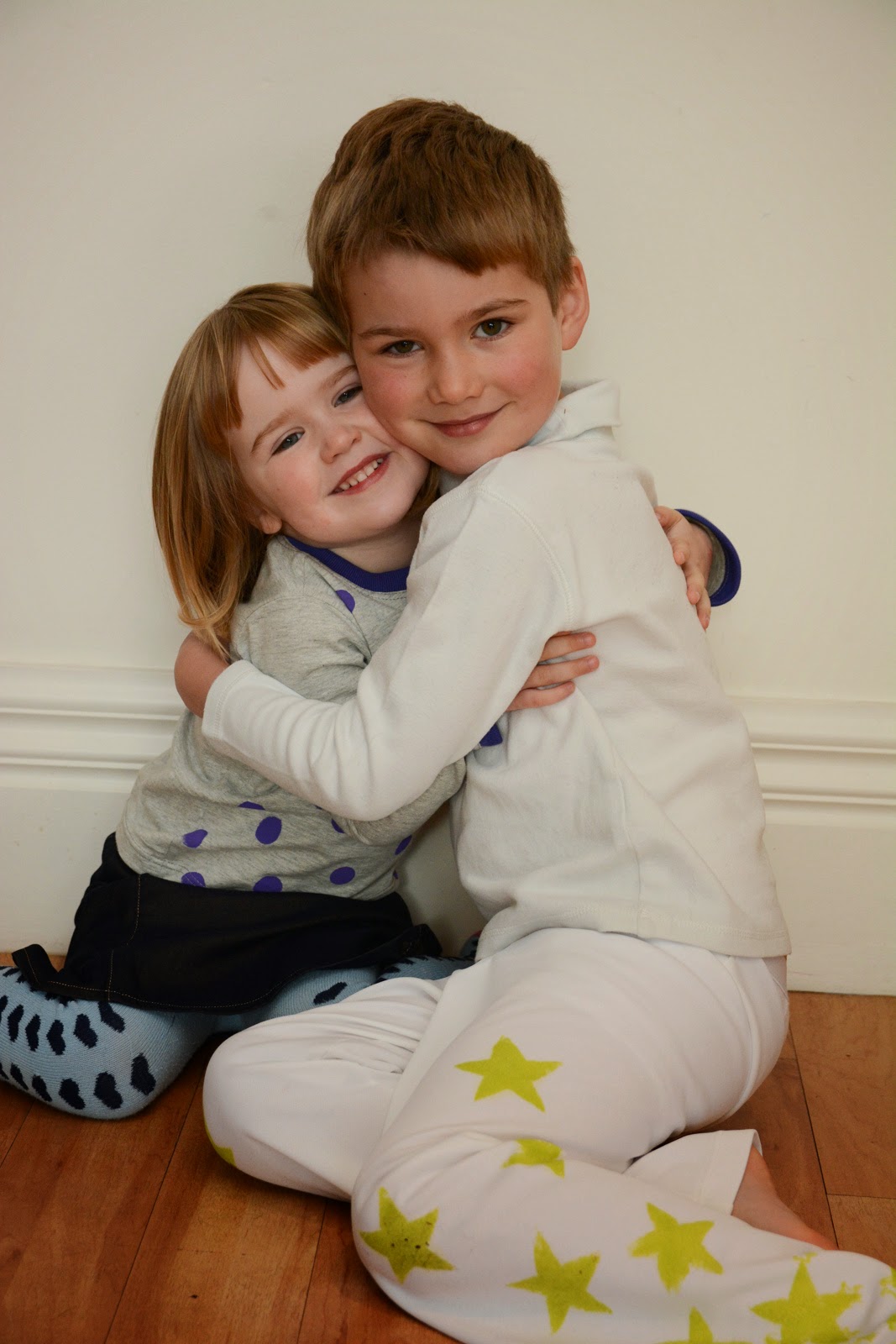